Microsoft released a public preview of Exchange Server 2019 in July. This early release is designed to let system administrators and technical architects install the next version of Exchange in controlled test environments to get a feel for the features that will soon be available and to allow them to start planning for rollout into their organizations.

Like all preview releases the feature set is not finalized at this time. Microsoft will be discussing Exchange Server 2019 extensively during the Microsoft Ignite 2018 conference in late September. Providing the public release allows Ignite attendees to try the product and arrive at the conference with better knowledge and ready to discuss Exchange Server 2019 in depth with the Microsoft Engineers in attendance.

From looking at the Public Preview release, and the information Microsoft has released before Ignite 2018, here are some changes and additions to Exchange Server 2019 that are worth highlighting:

It’s always interesting when a new release of Exchange Server is imminent to compare it to the previous versions, to see the evolution and improvements over time. The table below compares 20 metrics for the 2013, 2016, and 2019 releases of Exchange Server: 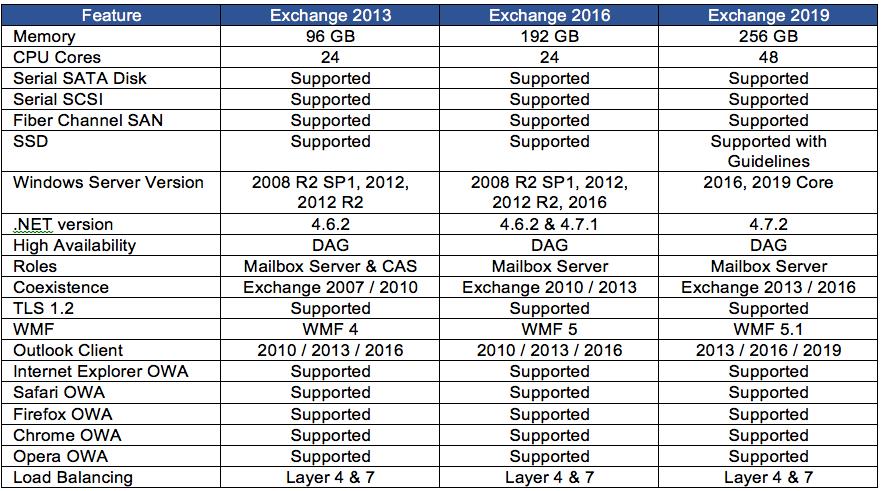 It’ll be interesting to see how Microsoft positions Exchange Server 2019 at the upcoming Ignite conference. Microsoft’s messaging in recent years has been moving from the on-premise model to the hybrid and cloud model with Azure and Office365. Many organizations still need to have the ability to deploy secure, modern messaging systems on-premise. 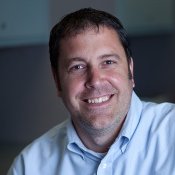 Kurt Jung is a Senior Technical Marketing Engineer at Kemp Technologies. He works hands on with many technologies around application delivery and how to position these in today’s market. Kurt also works closely with key alliance partners to further strengthen the synergy. Prior to Kemp, Kurt has spent most of his career working as a consultant helping customers deploy on-premises, cloud and hybrid cloud solutions to support their business.