It’s one of the oldest and least liked web pages that we come across – the most dreaded of all browser messages, the infamous “404 – Page Not Found” error – is one of the biggest grips for web surfers and developers alike. Whenever a web page can’t be found, the web server returns a “404” error, one of the original HTML status codes harking back to the earliest days of the World Wide Web. Broken links, typos, wrong characters and missing pages are all to blame, leaving disparaged users with little recourse except to repetitively hammer the poor F5 key trying to refresh the page, until the page is found!

A 404 error isn’t, however, limited to truant pages or miss-formed links, they mostly happen when servers are unable to deliver content or applications back to the user in a timely fashion. Each browser and device has a timeout period – usually just a few milliseconds – after which it gives up waiting for the web server to try to deliver content.

This happens frequently when apps and websites experience high traffic volume – like while being featured on TV hit-shows like “The Apprentice” and “Dragon’s Den” – but also during busy global news events and other spikes in traffic. News and video sites were the first to experience acute peak traffic overloads but its spread to ecommerce sites, airline sites during bad weather and banking applications on pay day. When your users can’t access their bank account, they’re unlikely to wait patiently. Most recently, Ellen DeGeneres was credited for single-handedly bringing down Twitter during the Oscars as their website failed to stay afloat during a spike in demand during the Oscar (Academy Awards) telecast. It’s during spikes like these that users resort to the old F5) in the hopes of reconnecting. This habit only exacerbates the problem for the poor web servers, which now not only have to re-connect but have to reserve the application which was previously cached locally to keep the service faster! 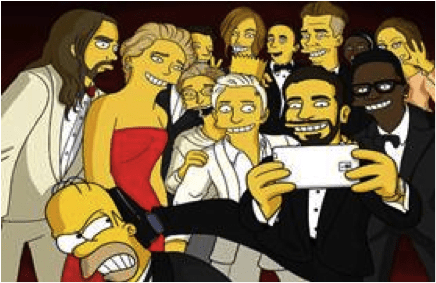 The problem in the world of banking and ecommerce is, there is a financial catch – pressing F5 during a purchase or transaction can often cause the web application to repost it, causing repeat charges to mount up on the customer’s credit card or bank account. When you examine the complex network between the content servers, back-office software, the SSL providers and the banking software, it’s easy to see where the delays can occur.

Deploying load balancers offer a number of ways to reduce application timeouts offering high availability for websites. The first benefit is the primary role provided by load balancers (see also: Application Delivery Controllers (ADC)) – which is its ability to spread users between equally (or best matched) amongst different servers to ensure proper Quality of Service (QoS). But there are other benefits. Load Balancers – such as our KEMP LoadMaster – provide SSL Acceleration and Offload services, GEO-aware servers that can connect users to servers that can deliver content to their location with less lag or latency, and now advanced security benefits that reduce attacks from people trying to login too often and our Threat Management Gateway (TMG) replacement service – the KEMP ESP v2.0 (Edge Security Pack) feature.

For details on how to migrate F5 iRules to LoadMaster click here.